It represents the common interests of the European exhibition industry towards the European Union Institutions and other relevant stakeholders in Brussels. It promotes the impact of the sector, monitors EU issues and advocates the sector’s common interests in order to maintain a favourable operating environment within the EU and globally.

The European Exhibition Industry Alliance is based in Brussels and run by the Secretary General Barbara Weizsäcker.

EMECA supports awareness raising of the value and importance of Intellectual Property Rights and intangible assets for companies, especially SMEs. Furtermore, many EMECA members offer support to conflict resolution and actively encourage the enforcement of IPR during trade fairs.

Appropriate protection of IP is key to the success of many companies. Large international trade fairs offer an easy and free of charge certificate to prove that a product had been displayed at an exhibition. This Priority Certifictate can later be used to register a design with the national authority. EMECA advocates for the recognition of this Priority Certificate also by OHIM, the European Office for the Registration of Trade Marks and Designs, in the current review process of the Design Regulation.

All EMECA exhibition venues have proactively developed advanced health and safety protocols that take into account the respective Covid-19 situation and are based on WHO and on national as well as local health guidelines. And they have established a comprehensive EMECA database for the best measures, practices and technologies.

The 22 (2016) large and leading trade fair venues in Europe united in the Major European Exhibition Centres Association (EMECA) generate a significant socio-economic impact for the immediate surroundings of a venue, for the wider region and on national or transnational level. A new impact study conducted by KPMG on behalf of EMECA reveals the economic power of the exhibition industry in Europe and of EMECA Members’ venues in particular.

Based on data for 2016, the socio-economic effect generated by the 22 EMECA Members amounts to EUR 120,638 million, the equivalent of 50% of the GDP of a country like Finland. The total impact of the exhibition industry for geographical Europe is EUR 303,052 million which equals roughly the GDP of Denmark.

“The effect created by EMECA Members’ alone represents 40% of the total socio-economic impact calculated for the exhibition industry in Europe. This is a fantastic result and confirms the leadership of the exhibition venues affiliated with EMECA”, says Claude Membrez, EMECA President and CEO of Palexpo Geneva.

The exhibition industry in Europe: capacity, quality and multiplier effect

Europe is the most significant region for the exhibition industry worldwide in terms of exhibition quality and capacity. 38 out of 62 venues that are larger than 100.000 sqm are located in Europe. EMECA Members operate 8% (39 sites) of the European exhibition premises and offer 30% (4.7 mio sqm) of the total exhibition space available in Europe. Regarding the quality of venues and exhibitions, exhibitors and visitors grant European venues the highest quality rankings, proving that these venues successfully render outstanding business and leisure environments.

The 22 EMECA Members’ have an impressive productivity: it would rank second with a multiplier effect of 2,22 after the Chemical Industry in Europe (2,7), the sector with the biggest output multiplier according to Eurostat, and before the Construction Industry (2,16).

Methodology and division of results

The socio-economic effects are calculated in three different layers: 1. Direct effects include tax contribution, direct purchases and employment by EMECA Members’ venues as well as exhibitors’ and visitors direct spending; 2. Indirect impact created by employees consumption and economic activity generated by the first and second tier of the supply chain; and 3. Induced Impact referring to the economic impact and employment effects on other sectors due to growing demand in the rest of the supply chain.

Of the total effect of EUR 120,638 million, EUR 101,445 million are due to the pull effect, deriving from purchase from suppliers, investments, salaries, and expenses of the exhibitors and visitors associated with the exhibitions. According to the calculation methodology used, the effect on employment would amount to 495,287 jobs. The total contribution to the public budget is estimated at EUR 19,193 million. Over 97% of this amount stem from the value added tax linked to the impacts.

Exhibitors and visitors to exhibitions held on EMECA Members’ premises generate a total of EUR 59,295 million and 330,368 jobs, which represents nearly half of the total impact. The main expenses of exhibitors are related to the activity at the exhibition venue itself. Exhibition fees and in-event expenditure alone represent roughly 40% of the total exhibitors’ expense. As for visitors, their expenditure is highest on accommodation followed by transport and restaurants. On average, 90% of the visitors’ expenditure is generated by international visitors. This means that a national visitor generates economic effects of EUR 96 while each international visitor contributes EUR 4,441 to the economy.

Impact on sectors of the economy

Four sectors benefit most from the exhibition activity, absorbing 87% of the impact in terms of wealth creation and 80% in terms of employment generation: 1. Support services activities, including hotels, restaurants, wholesale and retail, repairs, IT and more; 2. Energy; 3. Manufacturing and 4. Transportation of goods and people, storage, postal services. It means for example that 233,419 jobs are created and sustained in the support services industry and 107,117 employments in the transportation sector. Investments and purchases by the exhibition venues themselves benefit mostly the construction sector, as these investments pertain particularly to upgrading the venues and expanding their capacity. The support services sector generates the greatest pull effect through purchases from suppliers, since this category includes key activities of the exhibition venues such as maintenance of facilities, trade or hospitality.

With the aim to obtain general recommendations as to construction, refurbishment and operation, EMECA conducted a study on the Energy Efficiency of exemplary exhibition halls at their Members' venues. The initiative measured the properties and energy consumption of representative fair and exhibition venues in Europe. The main focus was the relationship between construction materials and facade techniques and the energy consumption for space heating and cooling. The exhibition centres selected for the study include the newer facilities in Milan (2005) and Stuttgart (2007) and the older exhibition centres in Madrid (1991) and Utrecht (1916). The background to the study is the complex building structure of the European exhibition centres, which according to an initial survey of the 18 EMECA members offered considerable development potential in terms of energy savings.

The idea of the study was developed by the EMECA Technical Working Group set up under the direction of Veronafiere in 2009. It was conducted by the Polytechnic University of Milan.

In view of the “European Year of Equal Opportunities for All” in 2007, EMECA commissioned an infrastructure study on accessibility at big European exhibition venues. The study was prepared by the Technical University of Milan and the University of Brescia, renowned in engineering, urban planning, architecture and design.

It sheds light on the following research goals:

Read our brochure "Ease of access - Ease of success"

Eurochambres, EMECA, UFI and LOW formed a consortium to implement this Commission initiative from 2016-2019. 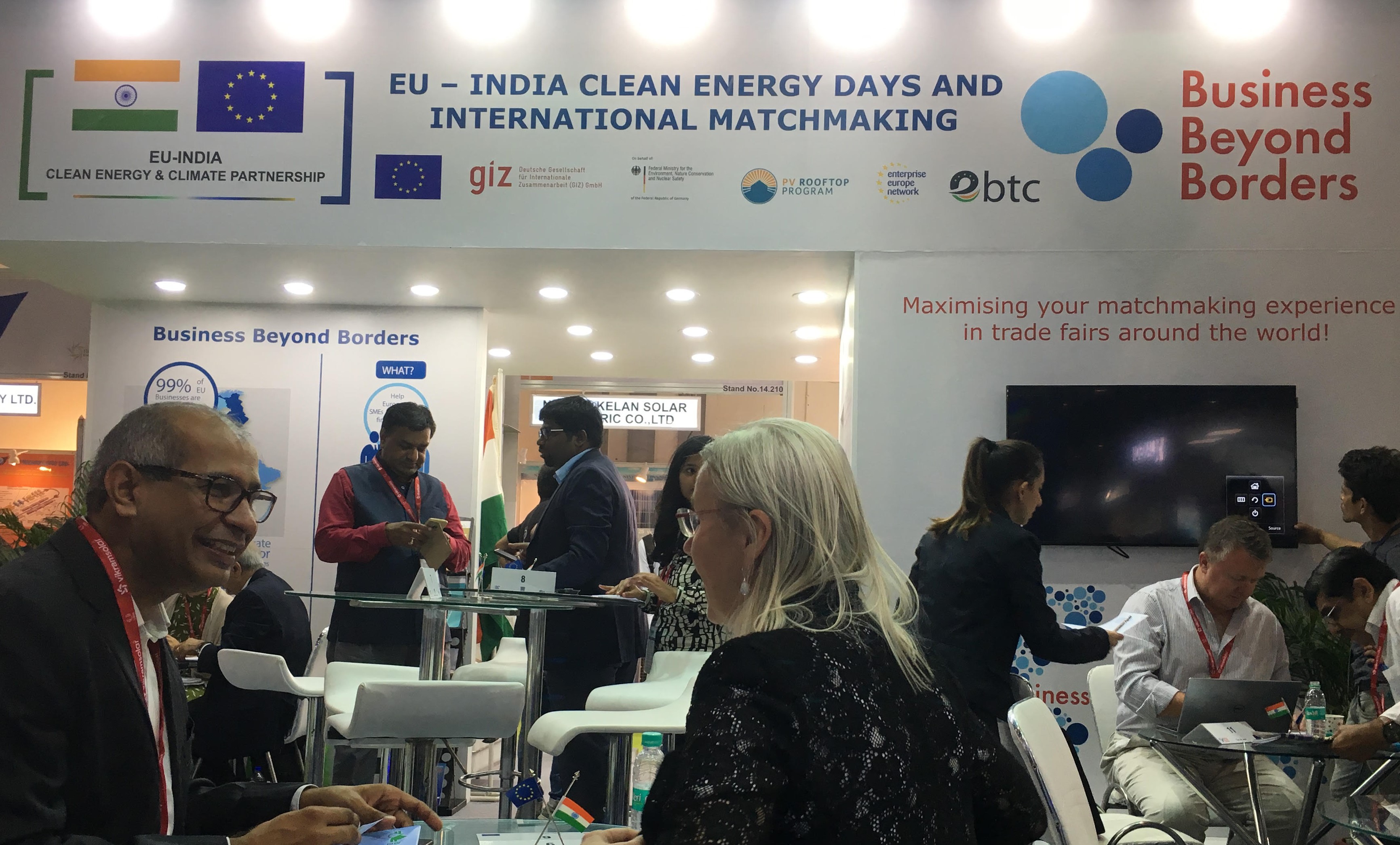 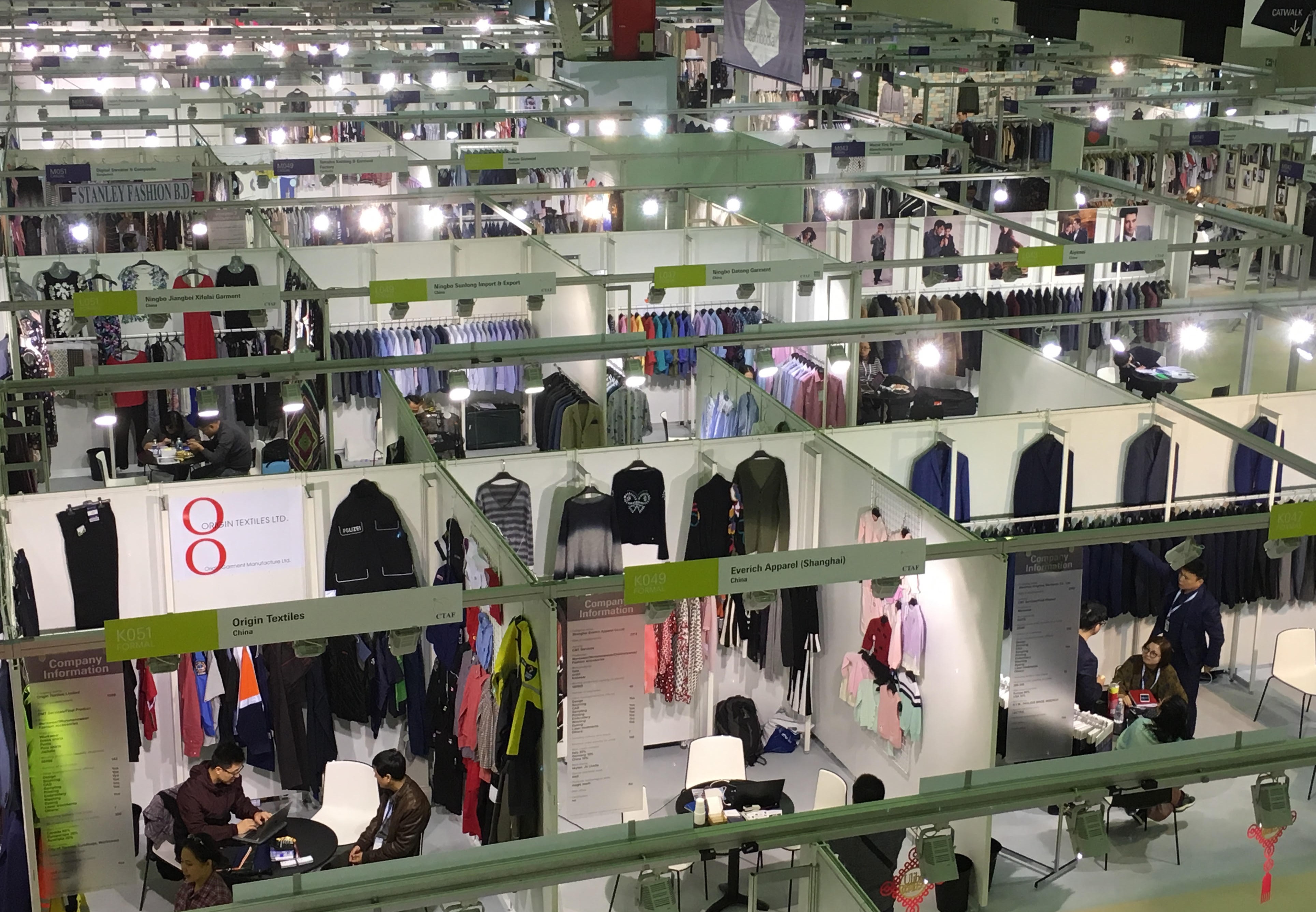 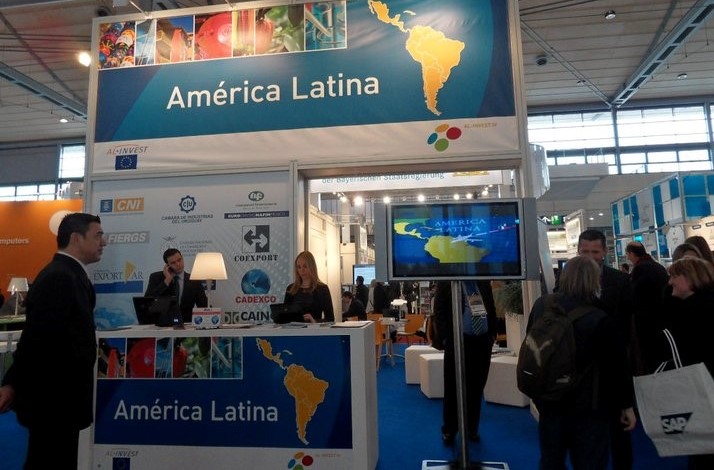 EMECA participated in the fourth phase of this programme from 2009 to 2013 as a member of the European Services Consortium, together with leader Eurochambres, GIZ and other partners. Among other services, AL-Invest enabled small and medium enterprises (SMEs) from Latin America to exhibit at major European exhibitions. The total investment of AL-Invest IV was 62 million euros, of which 50 million euros was funded direct by the European Commission. More than 87,000 SMEs from Latin America have taken part in AL-Invest IV activities.

The fifth phase of this program, AL-INVEST 5.0, started in 2015: integrating growth for social cohesion in Latin America. A consortium of 11 international organizations that are coordinated by the Santa Cruz Chamber of Commerce Industry Services and Tourism of Santa Cruz Bolivia (CAINCO) executed the project across Latin America.

EMECA is a member of the Joint Meetings Industry Council (JMIC) that represents the combined interests of major international Business Meetings Industry associations. It has provided a forum for information exchange, strategy development and the recognition of excellence amongst industry groups for well over 50 years and is currently focussing on documenting and communicating the diverse values of the industry to broader community and governmental audiences in order to generate greater appreciation for its diverse roles in supporting global economic, academic, professional and social development.

The European Exhibition Industry Alliance (EEIA), composed of EMECA and UFI, is associate partner in the Enterprise Europe Network (EEN) of the European Commission.

The Enterprise Europe Network helps businesses innovate and grow on an international scale. It is the world’s largest support network for small and medium-sized enterprises (SMEs) with international ambitions.

The Network is active in more than 60 countries in Europe and worldwide. It brings together 3,000 experts from more than 600 member organisations – all renowned for their excellence in business support. They include technology poles, innovation support organisations, universities and research institutes, regional development organisations and chambers of commerce and industry.

EMECA is a natural partner of the Enterprise Europe Network. The EEN's activities are complementary to EMECA Members' initiatives and often are being implemented at trade fairs.

The European Exhibition Industry Alliance (EEIA), composed of EMECA and UFI, cooperates with the EU-funded IPR Helpdesks and the World Intellectual Property Organisation (WIPO) in this respect and offers tailor made info material for trade fair organisers and exhibitors.

Tackling intellectual property (IP) issues in trade fairs and exhibitions is not only a crucial element for exhibitors. It is also highly important for organisers as the risk of IP infringement in a trade fair/exhibition may affect the credibility of the trade show and might discourage companies from participating in these events. Being aware of this, many organisers are taking initiatives to ease the fight against IP infringements.

Trade fairs and exhibitions are very important marketing tools for companies, in particular for SMEs. They help to attract new customers, test products, access new markets, raise the image, profile and popularity of a company or product, and enhance competitiveness.

While, trade fairs can facilitate intellectual property (IP) infringements, they can also help IP owners detect such infringements. Therefore, exhibitors must be aware of all the IP issues that can arise in the context of trade fairs and take appropriate measures before, during and after the show.

Tackling intellectual property (IP) issues in trade fairs and exhibitions is not only a crucial element for exhibitors. It is also highly important for organisers as the risk of IP infringement in a trade fair/exhibition may affect the credibility of the trade show and might discourage companies from participating in these events. Being aware of this, many organisers are now taking initiatives to ease the fight against IP infringements.