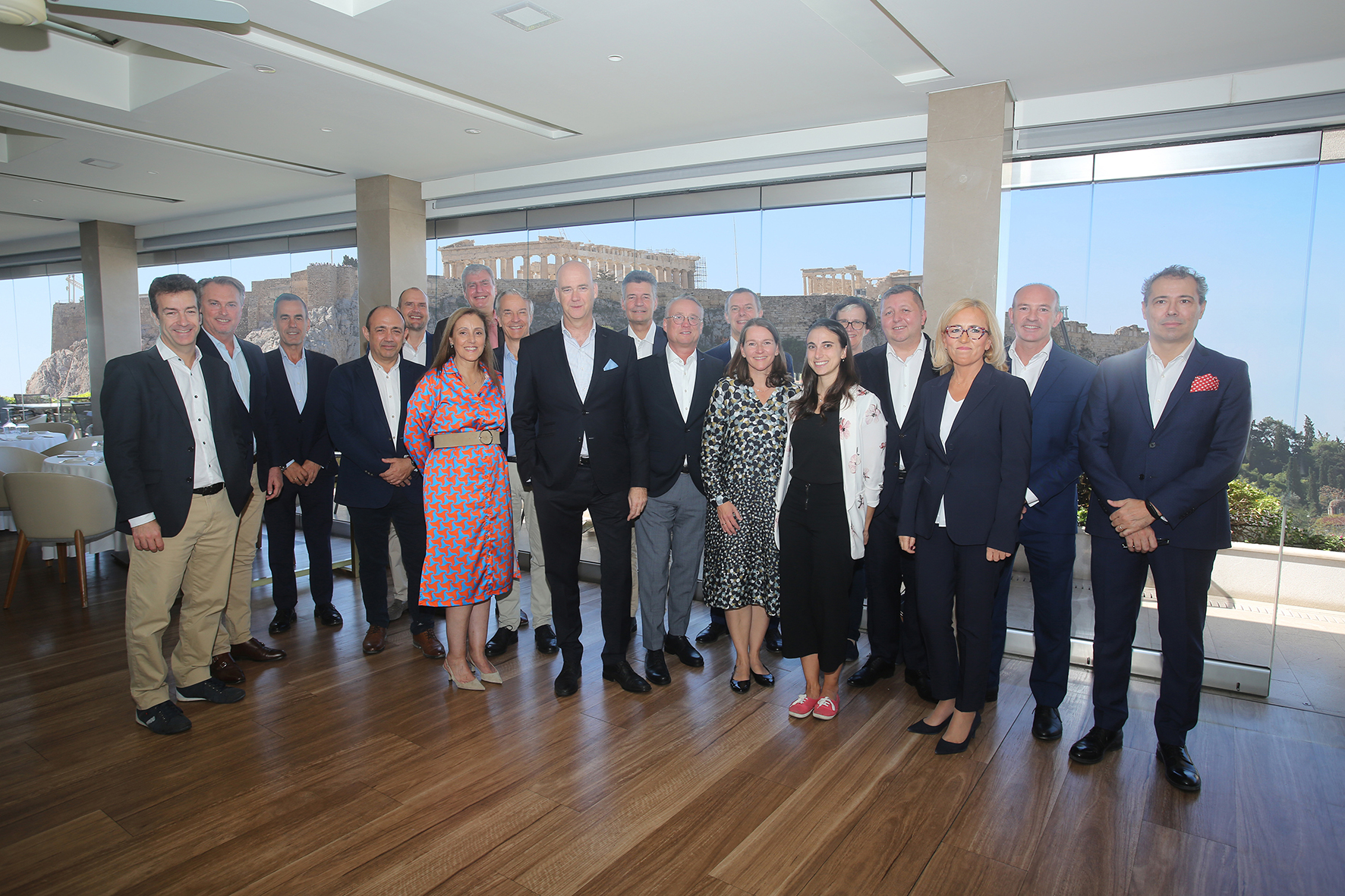 EMECA has celebrated its General Assembly in Athens, Greece, hosted by Nürnbergmesse.

EMECA Members’ exhibition activity is back stronger and faster than expected. Full recovery in terms of turnover will be reached already in 2023 for most Members.

To mark the 30th anniversary of EMECA, an award for the best new show at an EMECA venue will be launched at the end of the year.

Nürnbergmesse hosted this autumn’s General Assembly in Athens, Greece, to highlight its latest acquisition, the Greek organiser Forum and to put the growing Greek exhibition market into the spotlight. EMECA Board Members met and exchanged with the President and Vice President of the newly formed SOKEE, the Greek Exhibition Industry Association. The Members celebrated once more 30 years of EMECA.

The results of this year’s exhibitions so far proved how necessary and useful face-to-face events are in showcasing innovation, meeting people and facilitating real business. “2022 is a good year in terms of number of exhibitions, that shows a quick recovery for our industry. Most EMECA Members will be soon approaching pre-pandemic results,” explains Ricard Zapatero, EMECA President. Some special effects may play a role in the excellent results, such as additional (earlier postponed) shows, a good number of trade fairs due to the rhythm of events in the even years or one-time big institutional events. Nevertheless, services in general and new services like digital tools to complete the real experience as well as impressive number of new shows hosted or launched both in Europe and abroad complete the activities of all EMECA Members. These new exhibitions are mainly completing existing portfolios or new launches in future technologies and sectors related to the digital and sustainable transition.

In Europe, full recovery in terms of turnover will be reached already in 2023 for most Members. Profits, however, will take more time to come back to pre-pandemic levels.

Additionally, and in parallel to the very positive signs, the EMECA venues and exhibition business are struggling with a number of challenges, such as remaining restrictions for travel from Asia, potential pandemic measures during the winter, inflation, high costs for staff and materials, energy prices, effects of the Russian war in Ukraine and uncertainty in general. All these effects also concern the customers, exhibitors and attendees of events.

On the digital side, guest speaker Fabian Nappenbach, Director Product Marketing EMEA at HTC, presented an overview of the state of the art in metaverse technology, applications and business opportunities to the EMECA General Asssembly. It was followed by a vivid discussion on potential use-cases – probably mostly for conferences or meetings at this stage, feasibility, acceptance and costs. Members agreed that experimenting and following closely the developments will be of great importance.

Elections to the EMECA Board

Roland Bleinroth, CEO of Messe Stuttgart was elected to lead the association for the two upcoming years 2022 and 2023. Maria Joao Rocha de Matos, General Director of FIL-Lisbon Exhibitions & Convention Centre will join the Board as Vice President for Digital Business. The current President Ricard Zapatero, International Business Director at Fira Barcelona will switch in 2022 to be responsible for Strategy. Maurits van der Sluis, COO of RAI Amsterdam, will conclude his three terms in the EMECA Board at the end of this year. EMECA’s Secretary General Barbara Weizsäcker received congratulations for serving ten years in office.

“It is a great signal that we can welcome a new Board Member and a new President for the next period. EMECA has a vivid membership with engaged members in the expert Working Groups and in the Board. It is important to rotate to bring in new views and ideas,  and to share responsibilities over time,” underlines Ricard Zapatero. “I thank all EMECA Members for their commitment in their respective positions and the EMECA management team for their reliable running of the association.”

Award for young or start-up organisers

In order to mark the 30th Anniversary of the association and the strong comeback after the pandemic, EMECA will launch an award for the best new exhibition at the EMECA venues. The first edition will honour the best new launch in 2022. It will be awarded in 2023. The aim is to draw attention to new organisers and show themes to highlight the innovativeness and attractiveness of the trade fairs industry.

Before the pandemic, the EMECA Members hosted and organised nearly 2.000 trade fairs a year globally, out of which 1.550 in Europe on a gross rented space of nearly 38 mio sqm. They welcomed nearly 500.000 exhibitors and roughly 38,5 mio visitors in Europe.